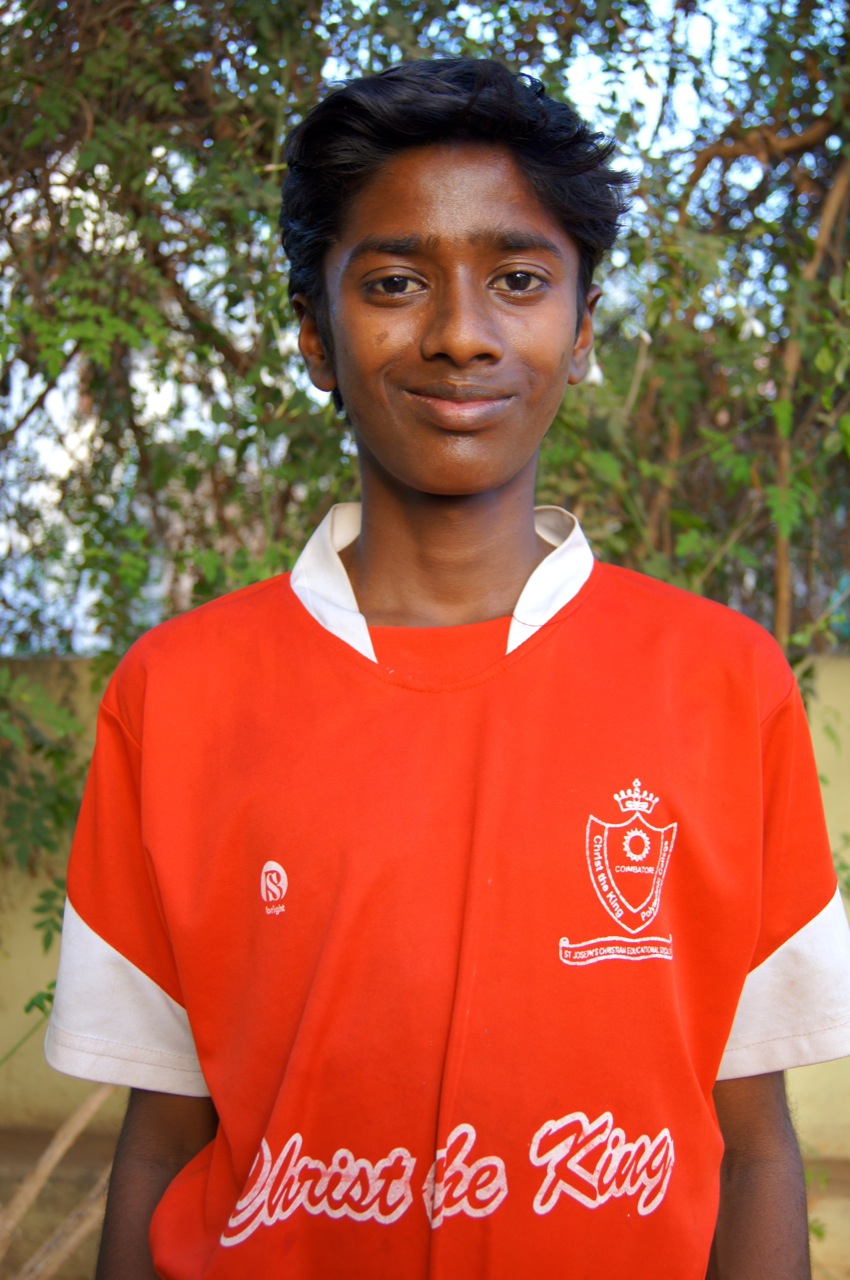 Muthuvel came to Cornerstone Children’s Home with his brother in 2008, both unfortunate victims of poverty. Their father was an alcoholic who did not wish to care for his children, leaving their mother to raise them herself. Due to the huge gender pay gap in India, it is generally very difficult for women to support their children without the aid of a husband, and Muthuvel’s mother had no other choice but to prostitute herself for an extra income. Because of the stigma associated with that line of work, the local community completely shunned her. In desperation, she poisoned her two sons to spare them of any further abuse, and then hung herself. Fortunately, with the help of a local hospital, some locals found and rescued the boys. Afterwards, the Child Welfare Office referred them to Cornerstone.

In the years since their traumatic ordeal, the brothers have made a steady recovery under the care and supervision of the volunteers at the home. Now aged seventeen, Muthuvel is not only an extremely caring and helpful boy, but also an outstanding student. This year he began an undergraduate degree in Business Administration with Chartered Accounting at a University in Coimbatore, which will pave the way for an independent and successful adult life.