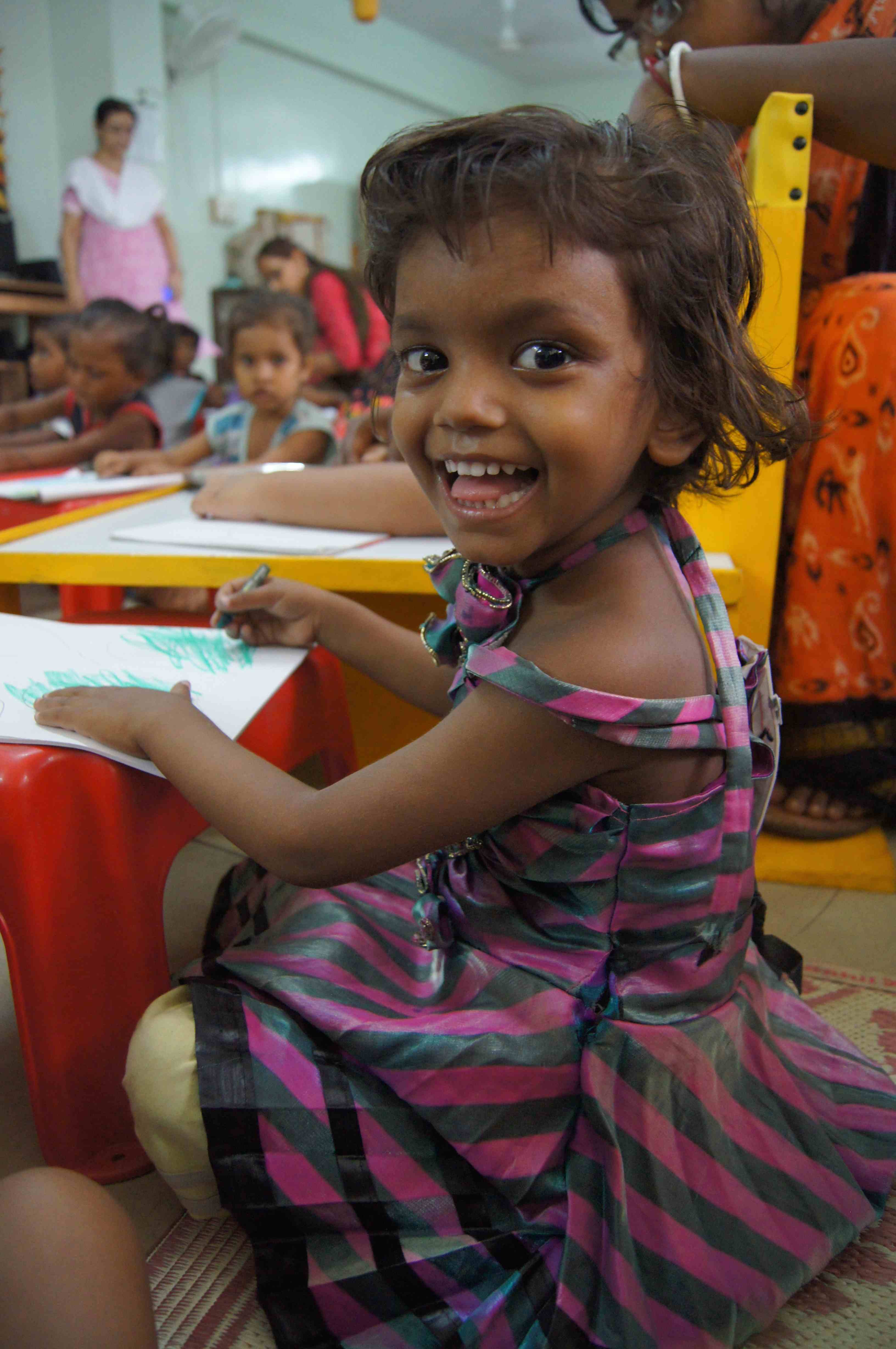 Priti, a three and a half year old girl is a very loveable child who hails from a very poor family. Her six brothers, parents and a sister-in-law live together. Priti is the youngest child and was born after her six brothers as her parents were longing to have a girl. The family thrives on an income of Rs. 5000 (approximately £50) per month earned by her father and one of her brothers. After migrating from the neighbouring state of Bihar, the family took shelter in a slum adjacent to the premises of the Indian Institute of Cerebral Palsy (IICP)

Two of Priti’s elder brothers, were students of the Jugnu Pre-School and Nutrition Programme, both are now over the age of 6 and so have joined mainstream schools in the area. Priti has only been at the programme for a year and is already making remarkable progress by completely overcoming her reticence. She is more interactive with her peers, she has learnt about punctuality and cleanliness, she does the actions to nursery rhymes and she has learned to paint. Priti is a very caring child and this shows when she interacts with the children with disabilities in the programme.

Priti's parents have had no formal education and want Priti to be educated. Through IICP and the Jugnu programme, a door has been opened for Priti and her family’s aspirations.